Microsoft is getting ready to add support for third-party widgets to Windows 11 for the first time, it has confirmed.

The news came during the ongoing Microsoft Build developer conference, with the company saying that widgets will be available to developers as companions to their existing Windows and PWA apps. 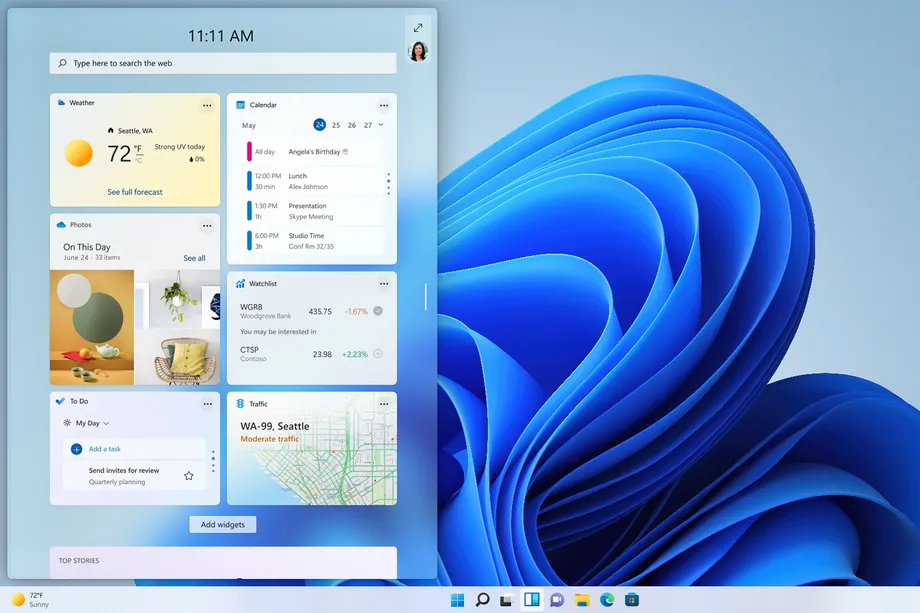 Right now the only widgets that are available to Windows users are those created by Microsoft which limits things. Some of those widgets are useful, of course, but the lack of third-party support means that those who don’t use Microsoft’s supported apps are out of luck.

We’re energized by the customer feedback on Widgets to date, people are enjoying the quick access to content most important to them in a way that is seamless without breaking their flow. Beginning later this year you’ll be able to start building Widgets as companion experiences for your Win32 and PWA apps on Windows 11, powered by the Adaptive Cards platform.

Microsoft has stopped short of going into detail about what the new widgets will be capable of, but the fact that they’re coming at all is good news for those who have been hoping for their arrival.

Now we just need developers to take advantage of whatever Microsoft is opening up, and that could be a whole other battle for Windows users to deal with.

Windows 11 will now tell if your computer is DirectStorage capable.

Factors That Affect Your Internet Speed