The year 2022 looks poised to become a breakthrough year for quantum computer hardware. But Taiwan, where half of the world’s chips are manufactured, is ironically lagging far behind competitors because its semiconductor industry is too successful.

In the first half of 2022, a series of new breakthroughs in quantum technology has been announced, while more applications are being commercialized, making progress much faster than before.

In Taiwan, the progress of its quantum hardware is stuck due to academia’s lack of manufacturing equipment and experience. But the question is – why has nobody from Taiwan’s almighty semiconductor industry come to help?

“Team Taiwan for Quantum” is facing a dilemma that manufacturers are too busy fulfilling orders and are unable to help manufacture quantum hardware devices.

If the competition of quantum computers is a world war of technology as described by quantum expert Ching-ruey Chang, IEEE, and American Physics Society fellow, then the situation now for “Team Taiwan for Quantum” is virtually fighting barehanded in a war.

“If Taiwan’s quantum hardware is not implemented first, I am afraid that the gap will widen,” said Albert Lin, executive supervisor of the Taiwan Association of Quantum Computing and Information Technology (TAQCIT)

“We have not found semiconductor manufacturers interested in assisting the production processes,” Goan Hsi-sheng, Professor at the Department of Physics of the National Taiwan University, told DIGITIMES. He chuckled, with a flush of embarrassment on his face, “They are probably running at full capacity to fulfill their orders now. Who would want to spare some capacity exclusively for developing quantum chips? This is indeed a dilemma.”

The most important significance of Intel’s latest technological breakthrough in quantum is that they have successfully manufactured a large number of silicon quantum bit devices using advanced process technology,” said Goan. “The device is usually made by electron-beam lithography on a small fragment, but they made it with a 12-inch silicon wafer using DUV lithography, which is consistent with the current semiconductor process equipment and technology,” Guan explained that the implication is the possible scalability of manufacturing quantum bits on silicon wafers with the existing process equipment and technology.

This shows Intel’s intention to further develop its business in quantum computer manufacturing. “If the qubit can also operate at 4K, then the qubit chip can be combined with cryogenic CMOS control circuit chips to simplify the complex wiring problems of pulling wires and quantum state read-out from each other. The quantum dots have been proven to be operable at 4K, so it would be advantageous to use quantum bits made from semiconductors to have the opportunity to operate at 4K,” said Goan.

“The fact that Intel has invested so much in developing quantum technology shows that they see the opportunities ahead,” said Guan, adding that it depends on the vision and positioning of the leaders in their companies. “Intel is currently doing simple qubit manufacturing with a 95% yield rate, but when it becomes more complex in the future, it will be difficult to maintain the yield rate, so Taiwan’s semiconductor companies, such as TSMC, are very suitable for this task.

Intel has the first-mover advantage in quantum technology over TSMC now. How it will make quantum leverage in the competition remains to be seen.

In comparison, hardware breakthroughs have been announced since the first quarter of the year. GlobalFoundries announced a new generation of silicon photonic solutions in March to provide manufacturing platforms for optical transceiver modules, AI chips, and quantum computing. Intel and QuTech announced in April that bits were successfully manufactured on large scale at a semiconductor plant with 95% yield, and Stanford University used phonons to entangle miniature mechanical oscillators, advancing research in quantum computing and sensing applications. IonQ also launched IonQ Forte, a new generation quantum computer with 32 qubits and an architecture controlled by a software algorithm to enhance performance.

There is also new progress in the software space. Nanoacademic Technologies (Canada) and OriginQC (China) have released electronic design automation (EDA) software for quantum chips, respectively. The quantum EDA is expected to help smooth out many existing bottlenecks in quantum chip production.

With the support of their local hardware manufacturers, academic and start-up companies in China, the U.S. and Europe, which have started earlier in the field of quantum technology, are expected to extend the lead.

According to informed sources, Taiwan is stuck in manufacturing quantum dots, quantum bits, control boards and photonic quantum bit modulation. The overall progress of research and development was hence bogged down.

But semiconductor production capacity is tight worldwide, how can foreign quantum innovation and research units overcome this problem? “Well, startups such as PsiQuantu and IonQ are very well-funded by venture capital investors and from the capital markets, they placed orders with semiconductor companies and get the hardware made,” according to Lin.

GlobalFoundries is working with PsiQuantum on its photonic quantum project, Intel is working with QuTech, and IonQ has investment from the German Bosch Group (Bosch also has a wafer fab).

“There is a lack of clear industrial policy to plan for the future. Maybe the government should at least fund the research team to pay for foundry services if a request for help is unsuccessful, ” said Lin.

In March 2022, Taiwan announced the establishment of the “Quantum National Team,” which will invest NT$8 billion (US$270 million) over a span of five years. The team has already set out 17 sub-projects, with 24 industry participants, including MediaTek, Chunghwa Telecom, Foxconn, LandMark Optoelectronics, Fujitsu Taiwan, etc., focusing on three major directions, such as quantum computer hardware technology, optical quantum technology, and quantum computer software technology. Though cooperation between academic, research institutions, and the technology corporations is expected, industry participations are lackluster due to a lack of commercial incentives.

The still-nascent market size of quantum computation was probably the reason why wafer foundry manufacturers in Taiwan are not interested at the moment. According to Research Dive, the size of quantum computing as of 2020 was only US$90 million but is expected to reach US$667 million by 2027. Although Foxconn showed interest and participated in the national team, it does not have a technically mature fab yet.

Goan said research teams at the National Taiwan University have proposed a control scheme for quantum logic gates with high fidelity, but the academic community lacks the equipment and experience to manufacture quantum hardware devices for proof of concept. Assistance from the semiconductor industry in manufacturing to accelerate development and test other devices is imperative said Goan. “If quantum bits can be made with semiconductor materials and equipment, as shown by Intel and QuTech’s latest results, Taiwan’s semiconductor industry should have a good niche.” Hybrid is the future

“In the next 5-10 years, each platform will definitely compete to see who can build a million quantum bits first, because only then can we achieve a commercially viable quantum computer with error correction capability and reliable high-speed computing for commercial applications,” said Lin.

Goan emphasized that low temperature and volume are important factors for quantum technology, but they are not very serious shortcomings. “With the current development of quantum algorithms, quantum computers will not completely replace all the work and calculations of traditional computers. Each country may only need a few to do large-scale, complex, and reliable quantum computing, even if it requires a soccer field-sized space, it is not a problem.”

The key to the promotion and adoption of quantum computing is the ability to create stable, error-correcting, and high-performance quantum computer hardware devices and software, as well as the active research and development of various industries in society, to use quantum computing for computational simulation and commercial applications.

“We will see hybrid machines that integrate quantum with supercomputers, and this is the direction that many people believe is more feasible and requires more effort in the near future,” said Lin. “The commercialization of quantum computers and their integration with traditional computers will be highly relevant to the semiconductor and information and communication industries on which Taiwan’s economy depends and may even create new industries and economic values,” said Lin. 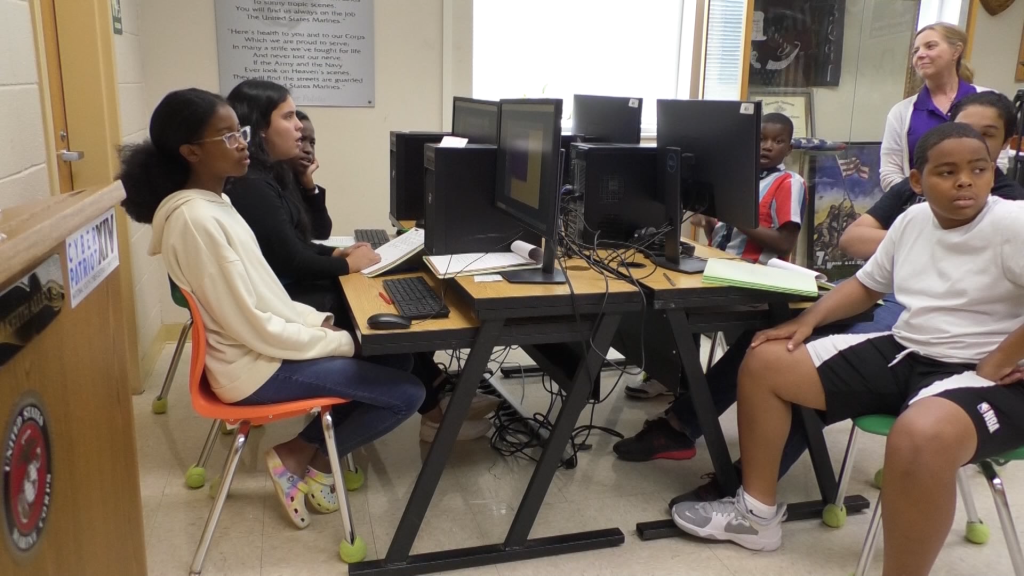 What are the new iOS 16 features in Messages app?