This insane single-take FPV drone shot of Tomáš Slavík attempting an extreme mountain biking run at Red Bull Valparaíso Cerro Abajo in Chile just might be the world’s best downhill footage yet. To make this a reality, Red Bull collaborated with the Dutch Drone Gods, also known as Thomas and Shaggy, to record the run.

Getting drone footage of downhill bikers is nothing new, but this was a single-take, which meant that whenever there was a mistake, the entire run had to be restarted from the beginning. FPV drones requires a near perfect signal for the headset and receiver to communicate seamlessly, so the Dutch Drone Gods had to fly a second larger quadcopter paired with a signal repeater above the main one. Additional signal boosters were also installed on the roof to ensure that there were no disruptions. Flying through a waterfall with an FPV drone most certainly requires just as much skill. 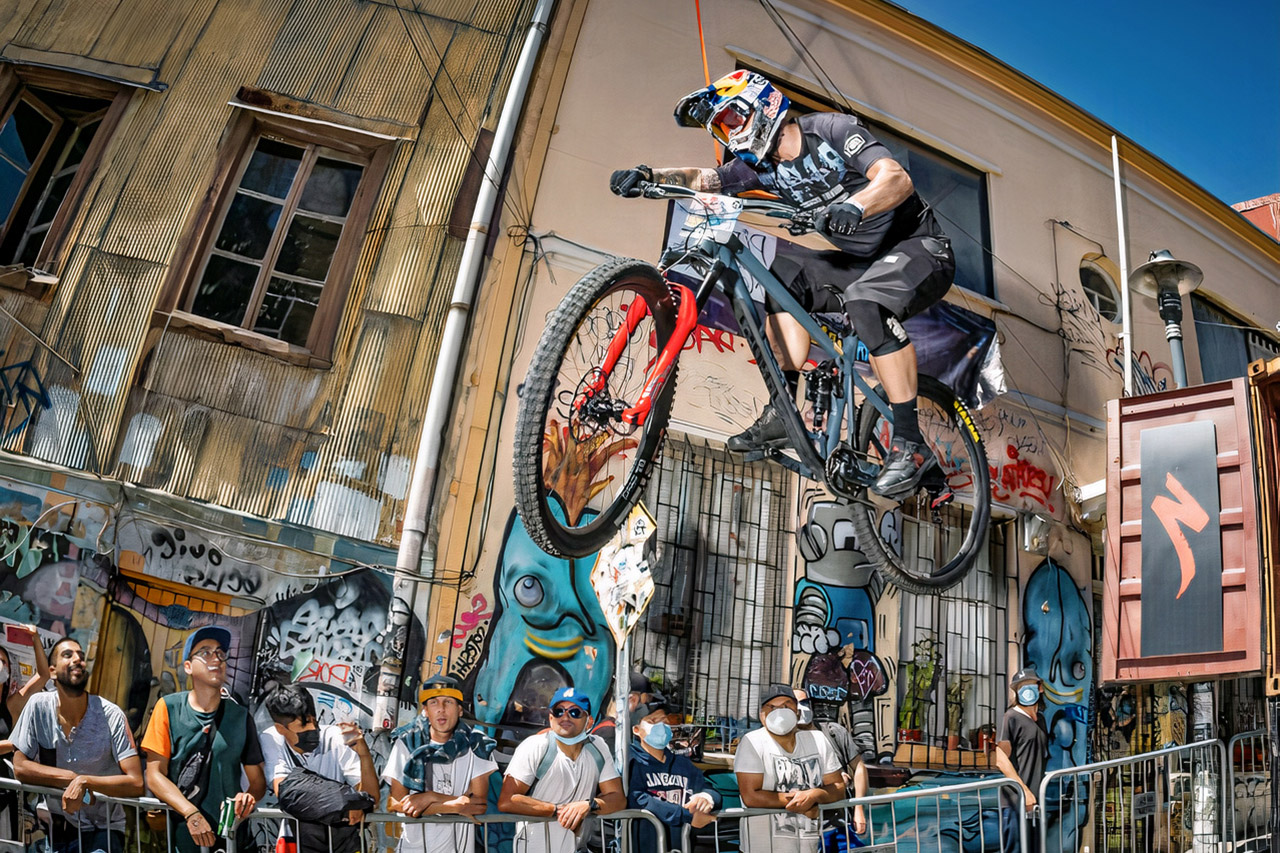 Trying to bring a new perspective to an event known for its iconic POV runs was always going to be a huge challenge. Luckily in Cut Media we found a crew that did not shy away from the unknown and whose creative thinking turned us on to the incredibly talented Dutch Drone Gods. Unrivaled technical ingenuity paired with top of the game piloting skills; we finally had a set up that would give us the chance to achieve something most mere mortals could only dream of,” said Archie Hawkes, social content producer at Red Bull.